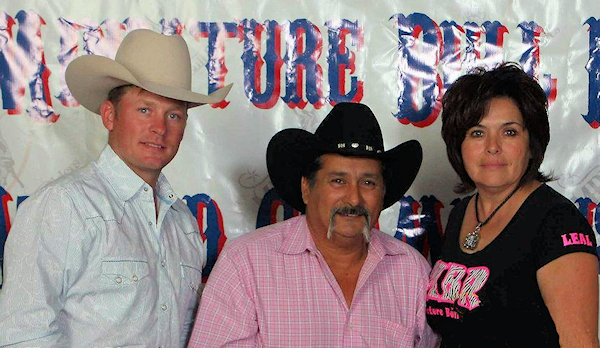 In 2010, Lillie and Cirildo Leal of Lockney, TX started on a path that, unbeknownst to them, would change their lives forever. The Leal’s started a mini bull stock contracting business, supplying mini bulls to local rodeos.? This contracting business went from a vision to reality.? Miniature Bull Riders started with a few riders in local rodeos. That first season culminated with the championships in Ogden, UT.? Now known as The MBR, this vision grew faster than anyone anticipated. The MBR features junior riders ages 8-11 and senior riders ages 12-14. MBR soon caught the attention of 2-time PBR World Champion, Chris Shivers. Chris came on board and became a partner in the Leal’s vision. This organization not only promotes the sport of youth bull riding, but promotes the core values that parents strive to instill in their children. Values such as self confidence, respect, and most importantly SPORTSMANSHIP!!!